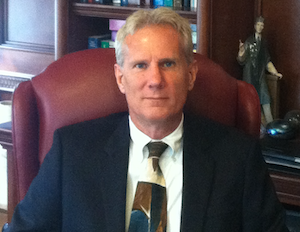 Kevin Decie joined the firm of Birkhold & Maider as a partner after over two decades as a litigation lawyer. He has represented clients in diverse personal injury cases including automobile accidents, falls, product liability, medical malpractice, and civil rights litigation, both in Federal and State court.  He has been responsible for securing seven-figure settlements and verdicts in such matters.  In his years of practice, he developed a reputation for handling some of America’s most complex cases including Tobacco and Pharmaceutical Class Actions and Consumer Class Actions.

Based on his knowledge and experience Mr. Decie has been invited into cases in several other states, where he has been admitted, with the permission of the Court, to participate in large complex cases. He has served as Counsel in various complex litigation matters in the states of California, Louisiana, and Georgia.  In California, despite being from out of state, he was honored for his contributions, in conjunction with other counsel, as co-California attorneys of the year.

He received his Juris Doctorate from Rutgers University in 1989 and is admitted to practice in New Jersey.